For several years now I’ve been enjoying having access to the archive of vintage editions of the Media Network programme, as broadcast on short-wave by Radio Netherlands in the period 1981-2000.

I was a short wave listener in the 1980’s but must confess that I was never a regular listener to any one station. I always preferred the flotsam and jetsam of HF radio – the crackles and fizzes of the ionosphere and the beeps and warbles of utility stations. Music from other countries was fun to listen to, but I was really a little kid back then and the politics behind international broadcasting never captured much of my listening imagination.

This meant I more or less missed out on Media Network, which was a fantasic magazine show dealing with technology and broadcasting, delivered with good humour and a wide-ranging editorial remit. 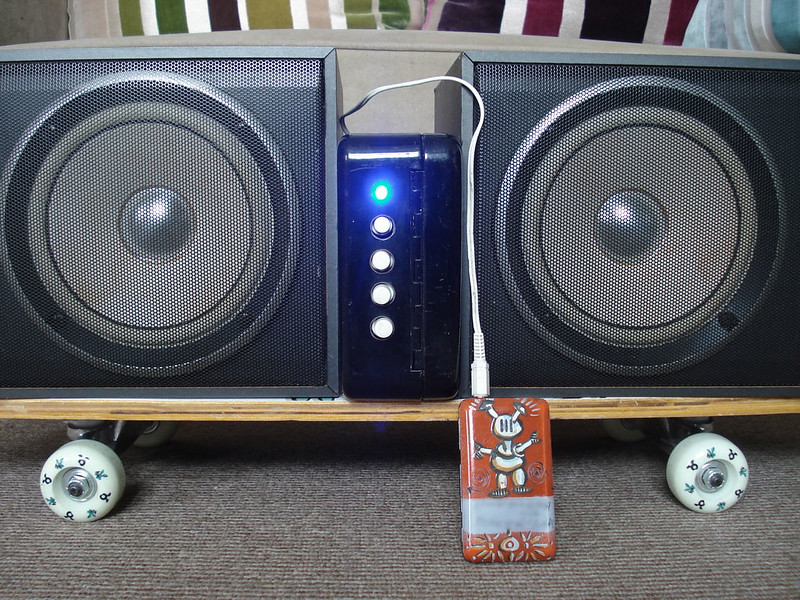 Listening back to the hundreds of episodes that are available online as MP3s in the archive it’s astonishing what the programme covered. Of particular interest to me are the shows that analysed the fallout from the political changes in Europe (including martial law in Poland and the Soviet invasion of the Baltic states), the features on broadcasting in Africa and Latin America (including the impact of the Falkland’s war), the listener input from contributors around the globe, and the focus on emerging technologies (not to mention the reviews of new radio sets).

Hearing features on exciting developments like home computers, digital formats like MiniDisc and CD-R, satellite broadcasting and then the growth of the internet provokes a strange kind of nostalgia. Some of these technologies like MiniDisc have come and gone and had their day, yet hearing the team describe them and what they might be used for still elicits a frisson of excitement and potential that’s missing in the largely software-driven world of today.

Equally of interest is how the show took a wonderfully progressive and free-thinking view of subjects like pirate broadcasting, numbers stations and the ideologies that drove much of the HF output in the 80’s and 90’s. It seems if it was interesting then Media Network would cover it objectively, without judgement and as factually as possible, with each feature bookended with the rich and fruity-toned observations of the show’s host, Jonathan Marks.

It’s one thing to re-live the 80’s and 90’s with old episodes of Top Of The Pops or nostalgic YouTube safaris, but the Media Network Vintage Vault provides a factual and technology-driven resource for those decades and it’s a fantastic, high-quality and free resource for us all.

Check it out at http://jonathanmarks.libsyn.com

2 thoughts on “The Marvel of Media Network”