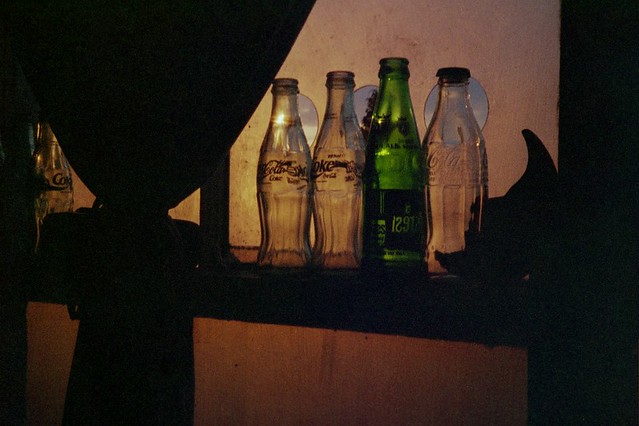 There is a theraputic exchange in photography that is tied to the language we use to describe the act.

When we “take” the picture, the picture in exchange “gives” something to us. For example memories, inspiration, confidence or just enjoyment.

For a long time this was meaningless to me, but now that a period of contentment reflects the extent of the darkness that I passed through to get here, it reminds me that pulling out a camera was often a way of getting through a day.

Once the pictures arrived back (whether instantly or with the delay of developing) I had a chance to reflect on each moment. Moreoften than not I felt better about the days when viewed via the camera than I might have done if I had just let them slip by. Sometimes it was proof that I survived (which sounds melodramatic just dropped in like that, but one day I might be able to tell the story which will explain more).

So, take a picture and see what it gives back.