Since releasing the Konstanzegraff songs as part of Volume 5 of the Cinque Pezzi Facili Series on Under My Bed Recordings I’ve been pondering sharing the reasoning behind the music and why it exists. There’s at least one good reason for this, in that most of the people who know about it are familiar with my stuff, and they want to know why, when it’s electronic music made by me on the same gear that I make most of my songs on, that I consider it different to anything else I would normally do? Part of this relates to procedure and practice and is answered in a different post on this blog called Deep In The Grass. But the main reason for the existence of Konstanzegraff is cultural.

In its plainest sense Konstanzegraff is dance music, specifically referencing and influenced by minimal techno coming out of Berlin. 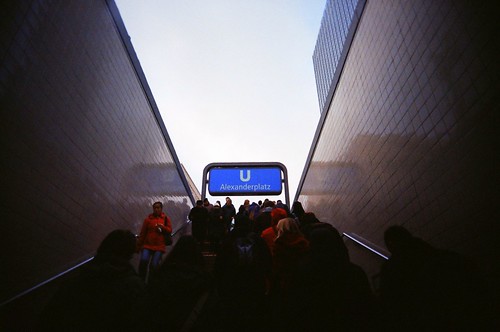 I could leave it at that and let the music do the talking, but there is more to it than that.

Let’s imagine you go on holiday, flying off to another country, and one of the reasons you like the idea of the other country is because it’s not like home. In fact you went on holiday because you wanted to make another culture part of your life (and you were so keen in fact that you took a photograph out of the plane window to post onto your social network so that you could be seen to be broadening your horizons before you’d even touched down).

The holiday goes well and you immerse yourself in the ways of life of your destination, and you come home with gifts and mementos, and you entertain your friends with recipes from your destination and your horizons are broadened.

But you were not a native of the land you visited, and you didn’t become one just by going on holiday there. You were a tourist. 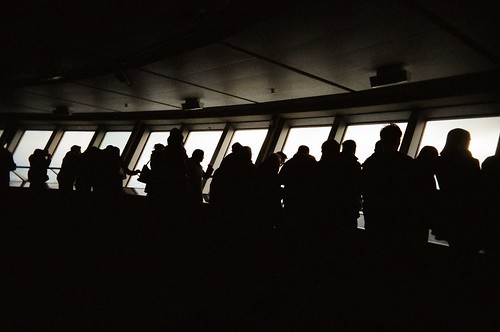 A tourist is one who travels for leisure.  They choose somewhere to visit, and they go there and see what it is like, and sometimes bring a bit home to add to their lives.

This is why Konstanzegraff isn’t just a set of songs.  It is also an investigation into tourism, both musical and cultural. The minimal techno music of Berlin fascinated me, but I knew I could never claim to be a Berlin musician.  I’ve listened to the music a lot, I’ve read articles, and I’ve visited the city twice in my life, but I’m nothing more than a tourist.  I’m okay with that.

In fact, I want people to know that this isn’t the real thing.

I’m not saying it’s fake, or that it’s a pastiche, or anything disrespectful.  I hope the music stands up on its own. But equal to that it exists to explain itself as not-minimal-techno.  This is important in an era where the communicative powers of the internet have spread analysis of so many styles of music so far and wide and to such “authoritative” depths that people who have never had a sad thought in their life have no shame in saying out loud “I play the blues” and then demonstrating just how well they play the blues because it sounds “just like the blues should”.

This is the same way that the tajine that I might cook you after my holiday to Morocco will never be a Moroccan tajine, even though I used the vessel and spices that I bought there (and played the CD in the background of Moroccan music that I bought).

The project begins of course with the name. “Konstanzegraff” is intended to root the whole package in the sounds of northern Europe. Not just the musical sounds, but the linguistic sounds. The noises that come from language that when you hear or read it, even if you can’t understand it, sends the globe of your mind spinning to the place you think they come from.

The very fact that the name is a portmanteau of meaning and non-meaning should lead you into the notion that the music isn’t what it is meant to be (or is it that it is what it isn’t meant to be?).  Konstanze has echoes of a feminine name, coming from an interview I heard many years ago with Anthony Price discussing one of the models on the cover of Roxy Music’s “Country Life”, but crosses the line intellectually into the realm of “consistency”, parodying the unyielding beats and repetitive melodies used in the tunes. Graff means nothing it seems, but somehow sounded enough to me like Kraft, with its suggestions of power and force, to mimic the effortless, passionless presence of Kraftwerk or Atomkraft, words that are names of things that sound good for bands. 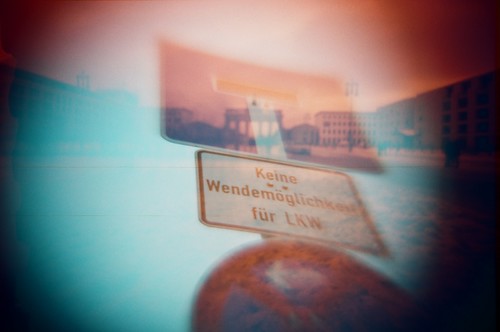 Moving onto the music each song title had to be something similar, something that would hint at Germany with sounds, but never take you there. The opening track, “Billy” was named because I was thinking about Billy Mackenzie of The Associates, or more accurately that I had a book about his life and was going to lend it to someone around the time that I was working on the track, but it playfully swung back and forth as a name like a child on a swing.  It features a female voice saying “Ich möchte” which was sampled at random; I had a guitar plugged into the computer and I tuned a portable radio to a German language AM radio station and waved the speaker over the pickups, and the phrase was captured.

“Enthauf” which follows features a similar capture-method for the vocalic component, although the actual title comes from what the male voice seems to be saying.  Like Konstanzegraff it comes into the playful parody of what being German seems like to someone who is not German.  As a teenager learning the language at school my classmates and I would play with the words we knew when we were outside the lessons, fitting them into sentences and filling the gaps with English words and addressing each other in “Deutsch” whilst we waited for our vocabulary to grow. For those who were being encouraged in the classroom to learn German to further a career on the continent, we could only start by pretending to be German, and could only embrace it by enjoying the differences in sound that the new words presented. 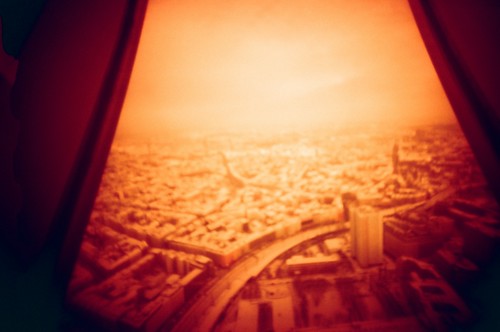 The following two tracks stay in Berlin sonically, but in terms of titles they both go back to Lincolnshire.  Some time in 1988 my brother’s band entered the “Lincoln Band Competition”.  A competing group were called “Big Windows”.  Their guitarist played a Schecter stratocasteresque guitar and had a Boss Dimension C pedal, whilst their bassist played a Rickenbacker and their keyboardist played keyboards.  Were you thinking the Big Windows were in the Mitte district of Berlin?  You were wrong.

“Schnepfetal” was actually called “Snipe Dales” at one point, being the name of a nature reserve I visited on a school trip in the very early 1980’s.  Good old Google Translate rendered Snipe as “Schnepfe” and valley as “Tal”. Opting to merge them rather than rely on the direct translation I was reminded of Tolkien’s use of “cellar door” as a spur for a character name, and in checking out the result later in Google I realised that running the two words together resulted only in hits for “Schnepfe et al”, a citation in scholarly work.

The final track, “Frander” was written long after the other four were completed, and I think it quite obvious if you listen carefully.  This is distilled Konstanzegraff – whereas the others were sketches using ideas, “Frander” is now something more studied and deliberate.  This lacks the looseness of the other songs, but gains a focus and dexterity with the familiarity of the source material.  This, amongst all the recipes that you try on returning from foreign shores, is the one that impresses your guests the most.  This is the one that is no longer trying too hard. “Frander” as a title hints at friendship, but is not out of the textbook.  This is the German of distant cow-shed dialects.

As the text that accompanied the release says:

“Konstanzegraff’s style of minimalism owes a debt to the limitless purism of northern Europe but looks towards a minimalism of structure rather than sound. The elements are diverse – rhythm often comes from synthesised lines flowing in parallel with the skeletal percussion, whilst melodic counterpoints form a faded and weatherbeaten remittance. There is a sense of generosity in each ingredient, but stretched over the duration of each piece the paucity of application becomes apparent.”

Konstanzegraff came from Berlin, but it wasn’t made in Berlin. 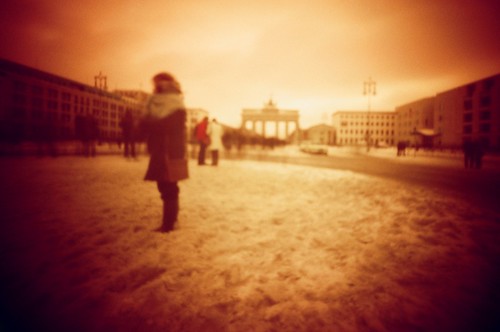