The other day I got an Agfa Click for £1 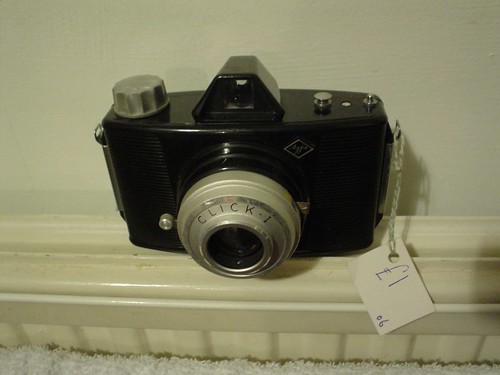 This was cool enough in itself, as it’s not only a great vintage medium format plastic camera, but I also have the sister model the Agfa Clack. The Clack takes 8 shots on a 120 film and the Click takes 12. But even cooler was finding an old film still in the camera… 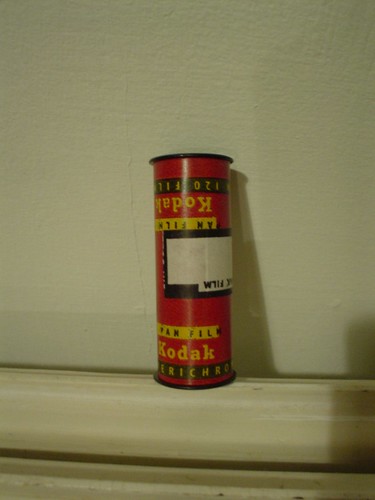 I thought that Verichrome was going to be a colour film, and had planned to go up to London, finish the film and then get it done in an hour. But after some consultaion with those in the know I discovered it was B&W and therefore decided to do it myself.

So…I went to London later in the week and took some photos to finish off the roll, and then spent some time googling newsgroups to see if there were any tips for processing old film. There were many ideas out there but in the end I had to balance what was available to me (I’d have loved to get hold of some Rodinal or Microphen for example but it’s not in my High Street on a Saturday afternoon) and I followed a suggestion for developing it as normal in ID-11 (and I now have about 4 litres spare of ID-11). The only thing I did as a precaution was to soak the film for about 10 minutes in plain water incase it had got brittle. When I emptied the tank the water was bright blue so I was pretty certain I’d messed it up there and then.

Anyway, post-processing it turned out there were two original shots on there, right at the beginning, followed by a whole load of grey, and then my 6 shots! I’m including two that I took of Portobello Road… 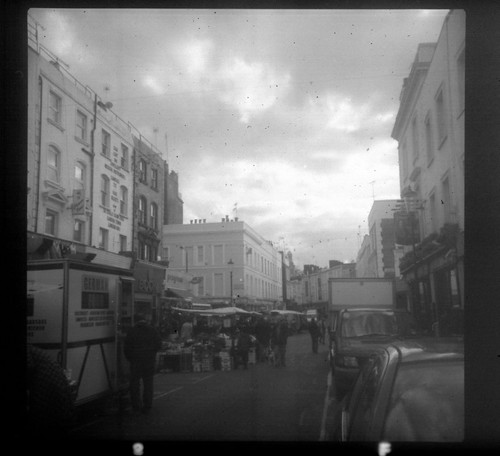 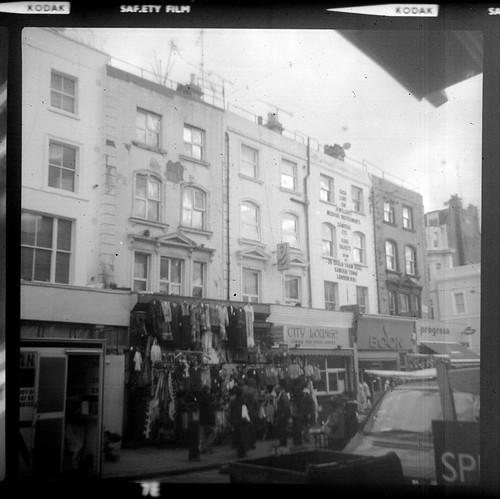 Now, I don’t claim to be a great photographer at all, but frankly I’m stunned by how nicely these shots came out, considering the age of the film (and my somewhat Heath-Robinson scanning technique…imagine holding a lamp above white perspex holding the photos down on a standard flatbed scanner…and that’s how I do it…yes, I need a new scanner!!!).

As far as I can tell from the backing paper the film is pretty old (see the image above) so I’m impressed, as I was expecting to find just a vague image in there that needed acres of processing and these were as easy to resolve as the shots taken on FP4 Plus that I developed at the same time.