My earlier posting about my modified acoustic guitar is quite popular as far as content on this blog goes, and part of that appears to be because I posted a video of me playing it through a Boss MG-10 amplifier. I’ve made other videos of this amp with other guitars that I’ve modded.

Here’s one of me playing my fablon topped Encore E1B guitar, along with a Danelectro French Toast pedal.

The little Encore guitar is pretty good for something made of MDF that only cost me £10. The video shows the upgrades I made, but here’s a picture anyway. 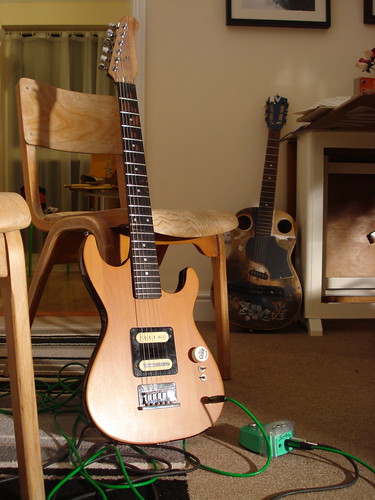 The SG is called Lucifer and it’s had various additions over the years, including new pickups, wiring mods and a stainless steel scratchplate. The inspiration here is John Birch/Tony Iommi, but rather than outright copy their creations I thought I’d work on the Epiphone in the spirit of their endeavours (whilst finding my own way of course). 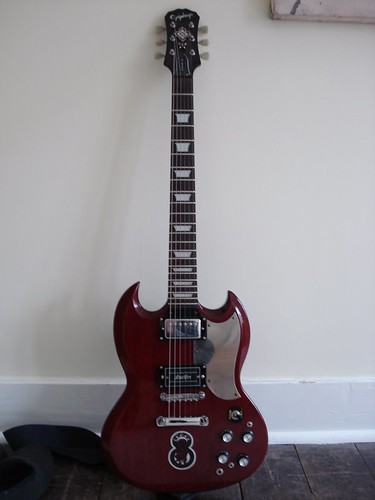