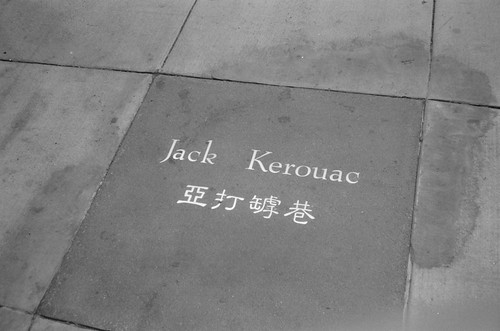 Originally written for the Epic Edits 80 Film Cameras for Under 50 Dollars! project.

I sometimes take pictures with a Konica C35 that I bought at a car-boot sale in 2005 for £4. It’s a very small rangefinder camera with automatic shutter and aperture, although I discovered when I got the camera home that it was broken and the electronics would not respond to any new batteries. A search on the internet suggested that this model of camera was likely to have suffered from having its mercury battery left in the camera whilst it was not used. If left too long the mercury leaks out and corrodes through the wiring that leads from the battery compartment to the circuit board. Thankfully there were instructions on the net for replacing the wiring, and since the camera didn’t have a manual mode to speak of, and it cost me so little money, it seemed worthwhile to try and repair it myself.

Sure enough when I got the camera apart the metal in the wires had turned a nasty black colour and was very brittle. I carefully replaced them according to the instructions with some wiring from a ribbon cable and happily upon reassembly the gamble paid off and I had a smart, compact rangefinder to play with (albeit a taped up one – the door seals were shot and rather than clean and replace them with felt or string I just taped up the door with black PVC electrical tape – many years on and it’s still good).

I shot a couple of rolls of colour film in it and the results were fun enough; the rangefinder focusing worked and the camera seemed happy to take shots in a variety of indoor and outdoor settings, but it didn’t leap out as being super-special, and it went on the shelf with my other cameras. I had other, larger rangefinders for example, and other, smaller compacts and whilst it had the features of both camps, there didn’t really seem any reason to choose it over and above the other cameras I had.

However, I decided to pack the Konica when I took a trip to the USA in 2007, along with a Sony Cybershot. I didn’t want to lug a big old rangefinder around with me all the time, and wanted something a bit more “camera-ey” than a compact, so I gave the C35 another chance. Since I had a colour camera in the shape of my Cybershot I put the Konica on B&W duties. I already had some Kodak T-Max with me and whilst in San Francisco on my first day I picked up around 8 rolls of expired Pro Max 100 film for $1 a roll.

I shot a lot of photos, most with the Cybershot, but I followed up where I thought things would “work” with the Konica. Usage is pretty straighforward; once you’ve loaded the film you set the speed on a dial on the lens, and then it’s up to you to focus and click. An onboard meter tells you if you have enough light, though the shutter will trip even if you haven’t enough.

Its size meant it was too big for a trouser pocket, but it went in my jacket pocket fine and was much easier to handle than a large rangefinder like my Yashica Electro. I could be relatively discreet and fast with shots, and the rangefinder gave one pause for thought when composing scenes.

I shot three rolls on the trip, but classically with film (and with black and white film in particular), it took me a long time once I’d got home to get around to processing it. My trip was in May, but it wasn’t until November that I got the negatives and digital scans back from a mail order processor. But when I did – WOW. I was astonished. As I mentioned before I had doubled up some of these shots with my digital camera, but when I compared the two it was as if someone else completely had gone on holiday with me and taken all the black and white photos. The images on film were evocative, deep, expressive and had, for want of a better phrase, “something else”. The T-Max shots were beautifully exposed and had sweeping, silky tones of grey, whilst the Pro Max 100 had a determined, gritty grain which seemed to bite into the images, giving them a faraway, mature look. I have shot a lot of film in my time as an amateur photographer, but at that moment I realised I’d found something special. I had a new way of looking at film, and I found a new respect for the little £4 camera that I fixed myself.

The photos I’m including were shot on either T-Max or Pro Max 100 and show the harsh contrast and grain that the film renders, although all of my shots were taken in bright sunlight. There are some light leaks and some processing marks but hopefully you get a sense of what the Konica C35 does for me. 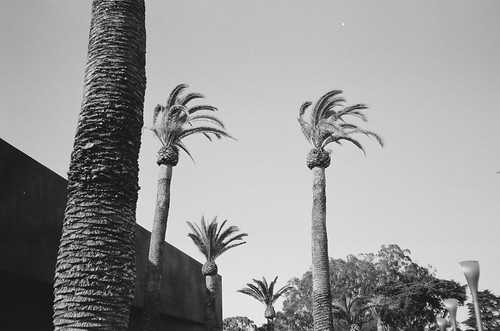 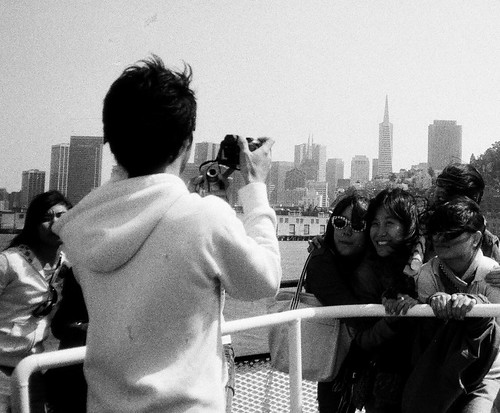 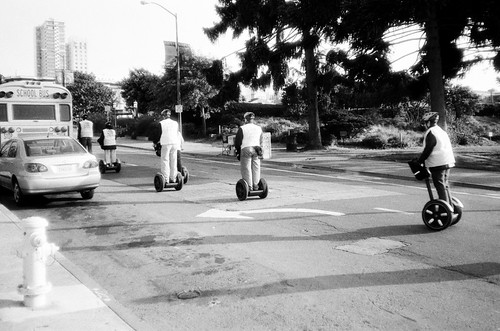 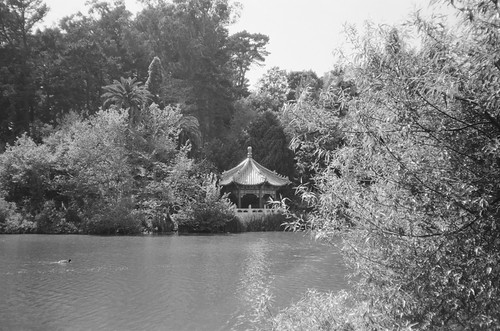