I was reading up recently about slow food, and how it’s an alternative to fast food. As Wikipedia says “At its heart is the aim to promote local foods and traditional gastronomy and food production. Conversely this means an opposition to fast food, industrial food production and globalisation“.

I recently reflected on my most popular images that I put on Flickr in 2017 and realised in many ways that I’m a slow photographer. That is, my approach to taking photos with film is very different to the instant gratification of digital photography, and in particular the “I’m here right now!” flavour of posting images to social media.

Now with films (and I mean rolls and sheets of films. and even glass plates, as opposed to instant pack films) there’s no gratification on the day of shooting, unless you get them developed there and then.

So time spent with the camera for me becomes more about it being one link in a chain. Maybe it is the first link (for example, taking photos was the reason I went out in the first place), or maybe it’s incidental (I was carrying a camera and I was out and about and something caught my eye). Or maybe, I went out somewhere and didn’t take any photos. Either way, it’s nice if the day exists in some way rather than just snapping away. Sure, the camera can capture the moments, but it also ought to bring back what you remember of the day as well. 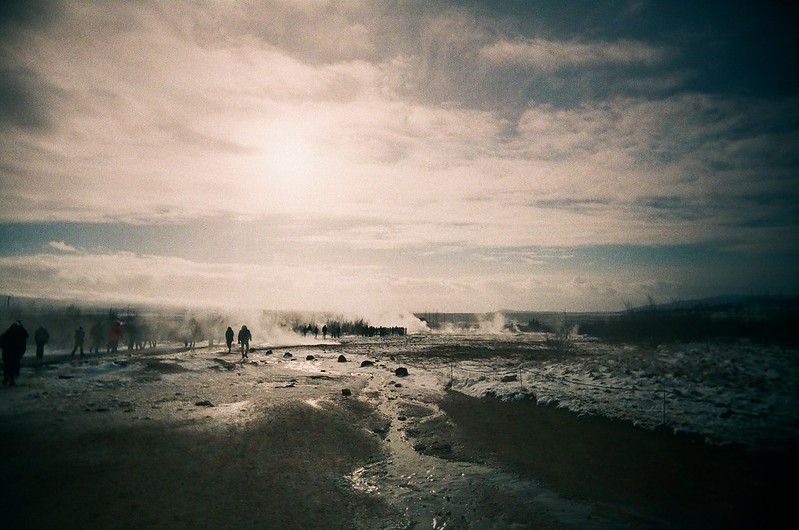 Did you even make enough of the day to remember anything in the first place?

Compared to digital photography, even when I am at my fastest, really long gaps take place between me taking photos and getting the films developed. Then there can be even longer gaps until I share them via the internet. The instant gratification of digital is replaced by a re-acquaintance with actions and memories that are pulled back into consciousness by the emergence of the photos.

Homeward bound at the end of a trip abroad for example the cameras go into luggage for safe travelling. There’s no reviewing the photos whilst waiting at the airport for a flight home, no blogging and posting to “soc med” to boast in real time of things you have seen. Even when home, the films have to wait whilst bags are unpacked and laundry is done. They might wait until I’ve settled back into work. They might even wait until I pull on my trainers again and have to shake out the sand of a faraway beach. But when they do “come back”, so often the memories have matured. 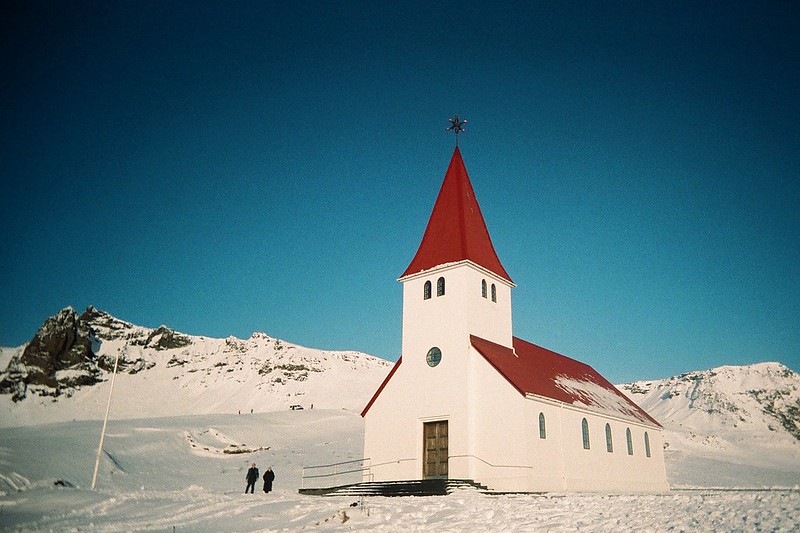 I look back at moments I chose to capture and am reminded of how quickly so much of what we carry out fades away in the constant replenishment of experience. Memories are jogged back into life by seeing pictures of places, and of course as is so often the case, things turn up in the image that were not apparent whilst you were there. A stranger standing out in a photo of a building. Groups of people in the distance of a landscape rendered like ants against the scale of nature. A wave crashing on the shore in a still image that somehow captures all the (e)motion of the tide.

I’m not saying this is the best way of taking photos at all. I take digital images of course and in my private social media accounts I indulge in the “hey look, this is happening to me and it isn’t to you!” quick posts as much as the next millenial. But I also like to think when I do share an image that’s on a slow journey from the shutter to the website that it doesn’t matter how much time passed between me taking them and sharing them.

It’s okay to take your time and sometimes better to wait for it than waste it.