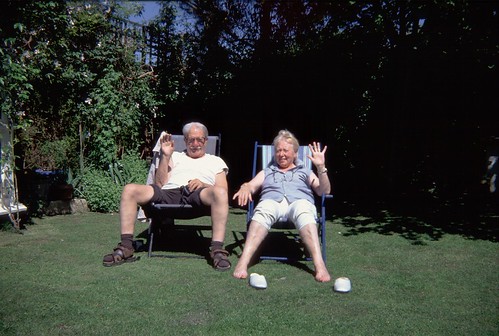 I had a strange dream the other night. Which is a strange thing to say, as I think each and every one of my dreams have been strange. They are always surreal, and I never wake and think, “Hey, what an ordinary, normal, dream”. So instead I’m going to say I had an *interesting* dream.

I dreamt I was at a party and someone asked me to contribute to a book they carried around with them. It was a collection of things people had written about themselves, a kind of memorable document, like the kind of thing you and your friends write to each other on the last day of school.

I struggled at first to think of something to say, but I really wanted to put something memorable down. The other things written in the book seemed like they were philosophical, or clever, but I was not able to contribute anything that I really felt was right.

Then I remembered something from my real, waking life, and I realised I wanted to write that in the book. It was a moment of enlightenment regarding my father, who died five years ago this week (and he’d have turned 90 next week if he’d still been alive). In the dream I kept trying to write it down, and I never managed it. 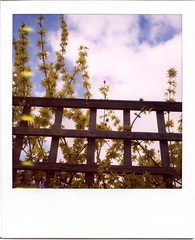 I woke up exhausted (as I frequently do these days) and tried to make sense of the dream, but the only sense I felt I could make in the end was to actually write down this moment of enlightenment in the real world. If it was important enough to want to write it down in a dream maybe the purpose of my dream was to “get this down on paper” (is there a better phrase for writing out a definitive version of something that reflects our digital world of bits and bytes?).

So, for some background. My father died in 2009 after a short battle with dementia. I say short because he was only ill with it for about three years, and he died just days before his 85th birthday. So in the grand scheme of his life it wasn’t very long. For me and my family it was a strange and terrible time of confusion and panic as the dementia ripped through my father’s brain, body and personality (although our own confusion and panic must have paled into insignificance against what my father went through), and when he died it was unexpectedly and quickly (for us) from pneumonia, leaving us wondering exactly what had happened.

I had experienced the mystery of death before, but because I was so wrapped up in the illness that preceded it (and which was not certain to kill him; it was devastating to see him drift away from me into mental illness, but it wasn’t really diagnosed as terminal like cancer) I had hardly paused to think what it would mean when he died.

In the months following his passing I had to get on with my own life as well as looking out for my mum and my siblings. We had given him an excellent funeral and I knew he loved me and he knew I loved him, and frankly, it all seemed sorted. I talked a lot about “how I was feeling” with different people and went over and over all the things I could think of, and thought I had got it pretty well explained. There was also “the fact” that with any death that is preceded by an illness that you can’t recover from, I thought that him being dead was really the best answer to a problem that wasn’t going to go away.

So I wasn’t prepared for the questions that him not being on the planet any more would start to raise in my mind about me and who I was now that he was gone. Lots of things changed in the aftermath of him dying, but I did not think that I had anything to learn about myself from anything much to do with my dad. 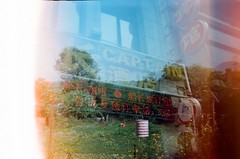 He was 47 when I was born, making him almost two generations older than me. He had studied art as a young man, lived and travelled all over the world in his first career as a soldier in both the second world war and the Korean war, and was separated from his Austrian wife with no children of his own when he met my mother in the late 60’s whilst working as a rep for an engineering firm. They started seeing each other and I think it was a bit of a surprise when my mum became pregnant because he’d figured the lack of children in his life was some problem of his own (my mum had two kids already from her first marriage). Anyway, he moved in with my mum and they got married as soon as he could get divorced. My brother was subsequently born and I followed three years later.

He was apparently delighted to get his own family late in life and settled down to fatherhood (and being a stepdad) with gusto, and he was really great at it. But as a bloke he did a lot of things that I wasn’t into and didn’t want to do. He was kind and creative and affectionate, but he smoked and drank a lot, was obsessed with sport, and had the emotional distance that men of his generation had, as well as some really old-fashioned beliefs about life, the universe and everything (*and* he had a blurry old army tattoo on his forearm). He worked hard to pay for us all, but his job as a sales rep seemed really weird to me and I didn’t want to do anything like it. Being in the army never left him and I think the age-gap between him and me and my brother must have seemed overwhelming at times when we wanted to dye our already long hair and play loud rock music at all times, including in his car when he was driving us around.

I was a dreamy and shy child and growing up I decided that drinking, smoking, liking sport and the army were not for me, and those old fashioned beliefs were silly and no way to lead your life. As I continued to grow up and finally realised I was a bloke too, I used to think, and say, how unalike we both were. Even though I studied art in the end too, my fondness for abstract expressionism and art theory didn’t gel with his talent for down-to-earth figurative representation and watercolours (and there was all that beer and football too). But he was my dad regardless and I guess I put a lot of the difference between us down to the inevitable rebellion that the younger generation indulges in on the path to finding oneself.

In the winter after he died I moved house and rented an old cottage with a massive overgrown garden, including five separate lawns. In the spring just a few weeks after the first anniversary of his death I decided to start work on the garden and set about clearing the piles of rubble and rubbish left by the previous tenants. 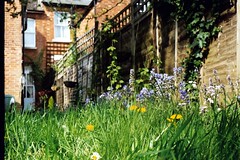 My father had been an amazing gardener and created three beautiful gardens during my lifetime, and before he was ill he used to regularly tend the gardens of neighbours and family members to keep busy in his retirement. He knew the names of hundreds of plants, trained vines and creepers to grow where he wanted them to, spent hours propagating cuttings in his greenhouse and landscaped everything with borders, arches and masonry. He would wander around in his vest and jogging bottoms and sometimes tied a rag around his head to keep the sweat out of his eyes. He never bothered with sunscreen and had a permanent farmer’s tan, making his leathery old hands and baggy old arms the colour of the gallons of tea he used to drink (with the bag always left in the cup).

Now I could push a lawnmower around and could tidy up wild plants with my secateurs, but I was no gardener. So it was a surprise whilst clearing a pile of rubble to find myself starting to rearrange it into a border. I was wearing a vest and jogging bottoms and it was hot and I was sweating, and I was joking with myself that I needed to tie a rag around my head to make a headband like the old man used to, when I suddenly realised that I was just like him.

I remember looking down at my hands and realising that mine were getting scarred and leathery just like his, and that despite all of my teetotal, pacifist, non-sports watching efforts, I was just like my dad. I not only had his hands, but his build, his hairline, his blue eyes, his artistic nature and his strange mix of affection and reticence. The beer and the football and the army suddenly seemed a bit trivial. 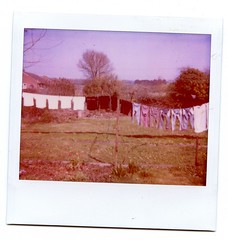 I suppose what I am trying to say is that it was only after he’d died that I’d realised that he had lived inside me from the moment I was concieved, and that whoever I *chose* to be, or whatever I chose to do, I was, even if you’re just counting chromosomes, made of him (I’m not leaving my mum out of the equation here by the way; she was by far the biggest influence in all of her children’s lives and we all knew she was the true creator of each of us, but she was still alive at the time and there’s less of a sense of mystery about someone you can nip round to see and have a cuppa with).

From that moment on I slowly started being aware of the things he and I had in common, and slowly began to appreciate the ways we were alike. I thought more about the things I’d copied from him and the stuff I do that he’d shown me how to do. Maybe in that moment I seemed to get a hint that him dying wasn’t the end of me and him, and that I could still get to know him.

There ought to be an amazing sentence here to round the whole thing off, but there isn’t. His death is still a mystery and it still upsets me. I guess I am just trying to turn that interesting dream into something real.

2 thoughts on “Dreams and remembering my dad”